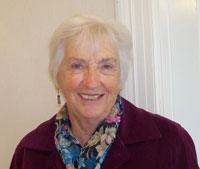 One of the many highlights of Louise’s career was her induction into the ASA Hall of Fame in 1985.  During that year she was also appointed to the NCAA Council.  In that capacity, she assisted in the establishment and direction of the NCAA policies and served on a special committee which investigated basketball officiating.

At Southern, she teaches in the physical education major program and also coaches softball and volleyball.  On many occasions her teams have qualified for EAIAW regionals.  She has participated in numerous officiating and coaching clinics.