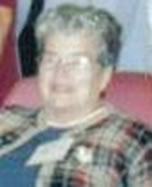 Her involvement in championship play includes: the Connecticut State Basketball tournament (1973-1974) and the Connecticut State Softball Tournament 1973-1991).  For 12 years, Edna was a member of the Raybestos Brakettes, beginning in April 1953 and continuing until May, 1983.  During this time, she witnessed the transition of an average team that played in Connecticut to a National Championship team that earned a national title in 1958.  Also at this time, Edna became the Director of Athletics at Foran High School, a role she had been preparing for during the years when she was unofficially functioning in this position.