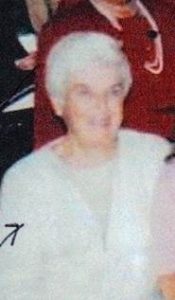 From 1952-1963, Eleanor held rating sessions and did a great deal of officiating in field hockey, basketball, lacrosse and softball in public and private schools and with the Boston Park Leagues.  She has been affiliated with the Boston Field Hockey Association, the Boston Lacrosse Association, the Boston Board of Women Officials (1952-1972), and the Cape Cod Board of Women Officials (1973-1990).  She has held numerous ratings: National Section A rating in lacrosse, National honorary rating in field hockey, National Honorary rating in basketball, National rating in softball, and was a Water Safety Instructor for the American Red Cross.

She established the first Cape Cod Board of Officials for Women Sports, where she served at vice-chair, chair for field hockey, field hockey commissioner, and the field hockey assigner.  She also coached the Sandwich Recreation Field Hockey Team.  Eleanor established and directed the Cape Cod Field Hockey and Lacrosse Camp from 1975-1985.  From 1953-1962 she participated with various touring teams.  Sixteen female athletes were escorted on a tour of England where they played various schools.

Eleanor has stated that she “loved teaching the basic skills at the junior high and followed these girls as they succeeded in varsity competition at the high school and college levels.”