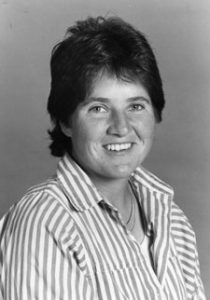 Felice was an All-American Collegiate soccer player (1977-1981) at the University of Connecticut.  She was a member of the U. S. National Team in 1985-1994.  Felice coached the Coventry (CT) High School soccer team from 1985-1994.  She has also coached Olympic Developmental Teams and Club Team Camps in Connecticut and throughout New England.

The college teams coached by Felice won the 1992 Ivy League Championship.  As an advocate, Felice initiated to force the University of Connecticut to establish a varsity soccer team in 1977, promoted girls sports, served as a panelist at the NSCAA Convention on gender roles in sports, and published an article in a law review journal on “Why Gender Equity Does Not Exist in College Athletics.”

Felice has served as the Senior Assistant Athletic Director at Yale University and, in that role, advocated for the issues specific to women in athletics at Yale.  While coaching at Yale her teams earned post season berths in ECAC play in 1991-1992.

Felice has been named NSCAA and NEWISA Coach of the Year.  She received the NSCAA Team Ethics Award and was inducted into the Soccer Hall of Fame.

She is currently an attorney.