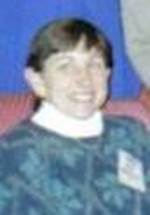 Fran is currently the head coach for women’s volleyball and softball at Williams College, Williamstown, MA, a position she has held for 2 years.  Prior to that, she coached at Trinity (4 years) and Saint Joseph, CT (1 year).  She was a player/coach with the New London Volley Club (new Haven Dippers) and the New Britain Volleyball Club for 15 years, has held a PAVO National Volleyball Official’s rating from 1995 to the present, and  served as a high school and collegiate volleyball official for 27 years.  She has also served as a high school and collegiate basketball official from 1975-1987, a WPVA official, and a high school softball umpire form 1991-1996.  Fran has also be an assigner for CT collegiate volleyball.

Fran was inducted into the Connecticut Volleyball Hall of Fame in 1998.