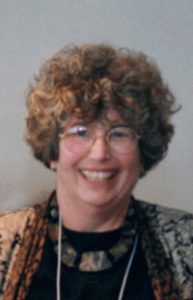 Greta Cohen, a graduate of Sargent College, has been a professor at the University of Rhode Island for 32 years.  At URI, she holds a joint appointment in the Department of Physical Education and Exercise Science and the Women’s Studies Department.

She is the editor of Women in Sports: Issues and Controversies.  This publication was the first comprehensive textbook devoted to Women’s Sports.  Greta has also been a lecturer, editor, and consultant in women’s sport issues for the Institute of International Sport.

Her professional affiliations include, among many, the Institution for International Sport, Women in sport and Exercise, Women’s Sport Foundation, AAHPERD/NAGWS/NASPE, and the Rhode Island Commission on Women.  She is the Chair of the URI Affirmative Action Committee.

Greta has provided extensive support for WomenSport including: editor of a monograph series for International Symposiums, guest speaker at symposiums at the World Scholar Athlete Games I and II where she spoke on Women in Sport: Media Influence, and Gender Equity in Sport.  She is a member of the Athletic Advisory Board and an advisor to the Women’s Athletic Association at URI.

Sargent College has recognized her contributions by presenting her with the Sargent College Special Recognition Award for lifetime contribution to Women in Sport.  The University of Rhode Island presented her with the Woman of the Year Award for work in advancing the status of women at URI.  She is listed in Who’s Who in the East.  She was presented the Ethics Fellow Award from the Institute for International Sport.  Her public speaking has included being the Celebrity Speaker and Guest of Honor for the RI Commission on Women in Sport.

Her advocacy for WomanSport has included being a guest at a radio talk show in Santa Barbara, CA, during a series on sports addressing women’s sport in 1994.  Additionally, she has presented lectures and papers at professional meetings.  A few of her topics are: Reel Images: Sports Women in Films, Women in Sport: Center Court or Center Fold, and Women’s Exercise and Image or 20 Laps Around the Pond Will Make You Tall and Thin and Blonde.