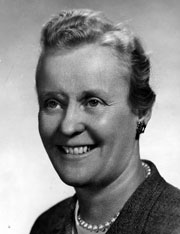 Gretchen earned her Bachelor of Science Degree at Sargent College and her Master of Arts Degree from Columbia University.  She has taught physical education at the Cathedral School of Saint Mary and the Chapin School in New York.  While in New York, she was a member of the Stuyvesant Field Hockey Association for twelve years and was also the founder of the Westchester Lacrosse Association.  Gretchen returned to Sargent College where she taught for twenty-eight years before retiring.  For six years, Gretchen taught at the June and September Sargent College Camp sessions, and for ten years she was affiliated with the September sessions at Merestead Hockey and Lacrosse Camp in Camden, Maine.  While at Merestead, she worked closely with Margaret Boyd of England, who on numerous occasions, played lacrosse in the United States with the British Touring Teams.  Gretchen had the distinction of making the United States Women’s Lacrosse Team on eight occasions and was selected as reserve twice.  She also played on the United States Field Hockey reserves for three years.

During World War II, Gretchen was Captain of Group F of the American Red Cross Clubmobile.  During her tour, she was awarded the U.S. Army Bronze Star for actions at Bastogne, Belgium during the “Battle of the Bulge.”

Gretchen is a member of the Boston University Athletic Hall of Fame and holds honorary membership in the Boston and United States Women’s Lacrosse Associations.