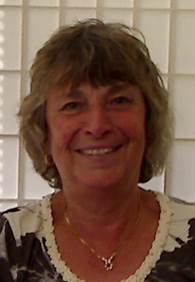 Gwen is the Athletic Administrator at Messalonskee High School in Oakland, Maine.  Prior to that, she was a physical education teacher and coach at Messalonskee for 29 years.  She has coached gymnastics, JV basketball, varsity basketball, JV field hockey, varsity field hockey, and varsity girls’ lacrosse.  She also coaches women’s volleyball at the University of Maine at Augusta.

During her career, Gwen has served as a coach, official, clinician, panelist, and board of directors’ member in the Maine Field Hockey Association and as an athletic administrator.  While in college, Gwen held her official’s rating in volleyball.

During her tenure as athletic administrator, she has added the following sports at Messalonskee High School: varsity ice hockey, boys and girls lacrosse, varsity golf, boys and girls tennis, and freshman field hockey.  While she worked to establish the girls’ lacrosse program she was the volunteer coach.  Gwen serves on many boards for professional associations supporting girls’ sports and has presented as professional meetings and conferences to advance girls sports in Maine.