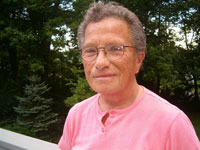 Helen Loomis played field hockey and softball in high school and went on to nursing school to become an LPN.  She has been at Yale New Haven Hospital since 1957.  For 10 years, Helen participated on a field hockey team for adults – The Marvelous Mothers – as their goalie, until she was recruited to become a rated field hockey umpire.  She received her training for officiating at the Merestead Camp and then worked at Merestead Field Hockey and Lacrosse Camps in Maine and Vermont to train other umpires.

Growing up, Helen had no attraction to academics, but was completely interested in sports.  She credits Jean Hunt (1989 Inductee) as the one who “took me under her wing and helped keep me academically eligible and on the straight and narrow.”  Realizing how sports played a positive and pivotal role for her, Helen became active in the promotion of the programs of Litchfield High School and the Litchfield Little League.  She is always on the search for “students for whom athletics can make a significant difference,” so that she can provide encouragement and mentoring.

Helen has been a field hockey umpire for 25 years.  She has been recognized by the state of Connecticut with two 4-H Leadership Awards (1984 and 1989), the Field Hockey Official of the Year Award (2002), and in 2009 she received the Annual Citizenship Award for the Town of Goshen.