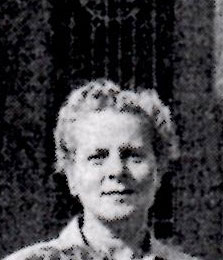 Helene Breivogel, a 1931 graduate of Sargent College, retired from the Newton Public Schools after serving as a teacher and administrator for 42 years.

Following her graduation from Sargent, Helene went to Maryland to teach physical education.  She shortly returned to Massachusetts to begin her career in the Newton Public Schools, where she taught and coached at Newton High School.  After a successful teaching career, she began her career in administration as supervisor of elementary physical education.   Later she became assistant director of athletics, working with “Doc” Simmons.  When “Doc” Simmons retired, Helene became the director of physical education and athletics.  During her tenure in this position, she was a positive force in the development of the girls’ athletic program.

In 1951, when the English Lacrosse Touring Team visited the United States, Helene Breivogel was instrumental in securing facilities which enabled the Boston Lacrosse Association team to play the English Touring team.