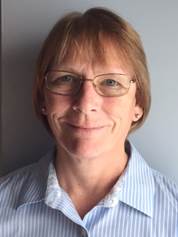 Since her graduation from Southern Connecticut State College in 1980, Janet has been a high and collegiate (EMSOA) soccer official (37 years).  She has also officiated basketball (NAGWS) and softball (ASA) for the past 15 years.  Janet’s coaching career at Stoughton High School includes 25 years as varsity basketball coach and 25 years as varsity softball coach.  Within the very competitive Hockomock League, Janet’s teams have won 4 basketball championships and 8 softball championships.  Her basketball team also won the South Sectional Championship once.

“It has been the joy of my life to coach so many wonderful student-athletes and I hope that I was able to instill in them a love for sport, a commitment to the ideals of sportsmanship, and the importance of teamwork.”