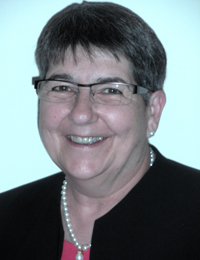 When a major knee injury curtailed her athletic career, Jeanne Craigie was in the right place and the right time.  Through Title IX a new path for women was being developed and Jeanne became the first women trainer at Boston Bouve College of Northeastern University – a post she held from 1970 to 1979. During those first ten years, she had the “privilege” of working with legendary coaches and athletes as the athletic trainer responsible for the medical needs of women athletes.  In 1974 she was named the “Woman of the Year “at Northeastern University.

Jeanne was the 17th certified female athletic trainer in the US.  She served on the certification committee for NATA 1974-1993.  In 1981 she served on the NU Athletic Steering committee.  She was the Team NE Women’s Lacrosse Team trainer and the on-site trainer for the 1976 World Games Women’s Basketball Team.  From 1982-1986 Jeanne was the athletic trainer for all sports at Stoneham High School.

Jeanne has spent her entire life committed to service with and for children.  She has done this as a trainer, a mother, and a member of the Stoneham School Committee.