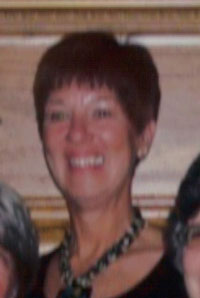 Jeanne began her teaching and coaching career in Vermont.  During her career in Vermont she taught Physical Education and coached field hockey, gymnastics, cross country, skiing, and softball.  In addition, she became a field hockey umpire and served on many committees at the local and national levels.  After moving to New Hampshire, she became involved with the New Hampshire Interscholastic Athletic Association and has continuing her involvement with field hockey officiating.

As a successful field hockey coach in Vermont, her teams were State Champions in 1976-77-78-79.  In New Hampshire, her gymnastics teams were State Champs in 1982-83-84-85.  She has served as Umpire Manager for the National Field Hockey Festival which provides tournament experience for young women.  She is an avid promoter of girls and women in sports.

“When I stand at the National Field Hockey Festival and look out over 26 fields of over 4,000 young women playing and experiencing the joy of skill and competition, I feel fulfilled.”

Jeanne has been the recipient of the NAGWS Pathfinder Award, the NHIAA Service Award, and the AAHPERD National Teacher of the Year.