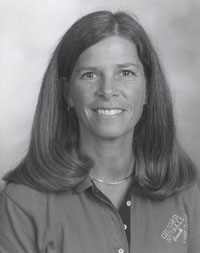 Joan is currently a teacher of physical education at Guilford Middle School. She has been teaching and coaching for 27 years – coached a total of 51 varsity teams and is one of the winningest coaches in New Hampshire.  She is also advisor to the Varsity Club.