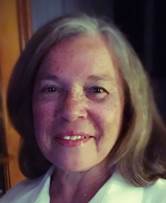 Joanne’s awards have included: Chelsea High School Dedicated Coach (1991 and 2010), and recognition for her coaching from the City of Boston School Committee (1995), Black Ministers — (2004), Commonwealth of Mass Senate (1991), Mass House of Representatives (1991), Commonwealth of Massachusetts Deval Patrick (2010), and Mayor Menino – 25 years of coaching award (2010).  She was the MIAA Basketball Coach of the Year, the Boston City Volleyball Coach of the Year (3 times), softball coach of the year (4 times), Etonic Coach of the year for basketball (1987-1988), and coached the JE Burke basketball team to 5 division championships and 3 city championships.  Joanne received the Golden Apple Teachers award in 1998, the Boston Public Schools Above and Beyond Award for Coaching, and was recognized as the Woman of the Year by the E. Benezer Baptist Church in 2005 and 2016.

“I have a passion and love for young people. … I have touched so many young women’s lives through coaching and mentoring them.  Some of them have gone on to become teachers as well as coaches.”