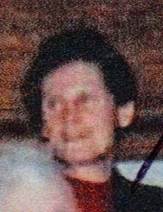 Joy’s current professional affiliation is at Montpelier High School.  Her previous affiliations have included Burnt Hills, NY, in the late 1050’s where she started a “very active” coed ski club which took trips every other weekend.  As an outgrowth of the ski club, a coed ski team, which she coached for eight years, was started.  In 1968, Joyce moved to Montpelier and found the only activity for girls was cheerleading – 7 girls who cheered both basketball and football.  As their coach, “I increased to 8 varsity and 8 JV for each sport and the girls were allowed to choose the season.  This increased the number of girls involved to 32.”  She coached the cheerleaders for several years until she could turn them over to someone.  She then started a girls ski team in 1968, alpine and cross-country, which she coached for about 12 years.  In 1969, she started a girls’ track & field team and coached it for a few years until she could turn it over to someone else.  In 1976, she started a field hockey team and has coached them for 26 years – until her retirement this past spring.  During the building years of the girls’ varsity program, there was no athletic director.  So Joy also found a softball coach and a basketball coach to start those sports for the girls in the early 1970’s.  she also started a recognition program for girl athletes with a “Senior Athlete of the Year Award,” sometime in the early 1980’s (the boys followed our example).”

Her lifetime field hockey record is 202-171-60.  Her teams have played in the Vermont State Division III Championships in 1989, 1990, 1991-1993, 1995, and were finalists in 1996 and 2000.  In 1993, Joy tied the National Field Hockey record for consecutive championship wins.  She has been named the Vermont Field Hockey Coach of the Year, Division III, five times, the Vermont Field Hockey Coach of the Twin State Team in 1997, and the Capitol League Champions six times.  She is the recipient of the Northern Vermont Athletic Conference 25 years of Coaching Excellence Award in 2002.