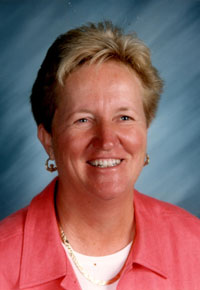 Joyce is a physical education teacher and varsity softball coach at Westfield High School.  She also played and coached in ASA competition and at the high school and college levels.  Over a 12 year period, her college record has been 175-45 and she has taken her team to the NCAA and ECAC tournaments in 1982, 1983, and 1985.

She has been involved in many clinics and conferences and was selected as the coach of an All-Star New England team which competed in Venezuela.