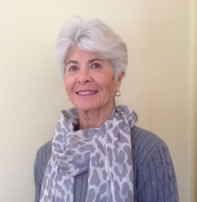 Joyce received her BS from Queens College in New York in 1964 and her MS from the University of Illinois in 1967.  Joyce was a physical education teacher at North Kingstown High School in North Kingstown, RI, for 26 years.  She coached field hockey from 1968 to 1986.  Her field hockey teams won 5 division titles, peaking as State Champions in 1984.

Also in the 1960’s, Joyce started the North Kingstown gymnastics club – a community program to provide a year-round venue for girls’ gymnastics.  In 1968 she founded the NKHS girls’ varsity gymnastics team and coached them until 1984.  The team won 5 division titles and was state champions in 1977 and 1978.

Never satisfied, Joyce started and coached the girls jv and varsity volleyball teams in 1969 and coached until 1978 when coaching 3 varsity sports became overwhelming.

Joyce was a member of the RI Interscholastic League, which was the governing body for overseeing the rules and regulations of girls’ sports in Rhode Island.

“In order to become the best coach I could be for the sports that I coached, I received a USGF rating for gymnastics and a local field hockey rating from USFHA.”