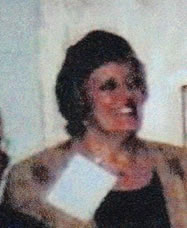 Joyce is currently teaching health at the Blanchard Middle School, Westford, MA.  She is also the volleyball coach at Westford Academy and a high school and college volleyball official.  Following graduation from college, Joyce taught and coached three sports at an Ohio high school.  When she moved East, she taught physical education and coached volleyball at Brockton High School.  “A spark was ignited that still continues today.”

Her coaching experience in volleyball is extensive: Westford Academy in the Dual County League, 2000 to present; Chelmsford High School in the Merrimac League, 1979-1982; Brockton High School in the Suburban League from 1972 to 1978; the University of Lowell in the NECC from 1983-1985; and at Fairfield Union High School in Ohio, 1970-1971.

Her board affiliations include membership in PAVO (Professional Association of Volleyball Officials); Merrimack Volleyball Board of Officials; NEVO (New England Volleyball Officials) – chairperson, the Merrimack Volleyball Board Rules Interpretation; coordinator of league schedules and assigner of officials; the DGWS State Chair; helped form and was the vice-president of the MA High School Girls Coaches Association; coordinated and toured with girls volleyball teams to England, Sweden, Iceland, and Bermuda; hosted Swedish girls volleyball team; coordinator of the MA Volleyball Juniors and the Merrimack Valley Juniors; facilitated at a Women’s Sports Foundation workshop in Waltham, MA; and directed a volleyball camp for 8 years in Bermuda.

Many groups have recognized the contributions made by Joyce to girls’ and women’s volleyball.  She was an inaugural inductee into the MA Girls Volleyball Coaches Association Hall of Fame in 1999; received the MIAA Award for contributions to the sport of volleyball; received a citation from the Commonwealth of Massachusetts for the development and promotion of sportsmanship and international fellowship in the sport of volleyball; received the Boston Globe and Lowell Sun Coach of the Year; named the Outstanding Coach at the North Sectionals; and named the Merrimack Valley League Coach of the Year.

“It has always been my desire to increase the opportunities for and the participation of girls and women in sports.  To this end, I have enlisted numerous men and women as players, coaches, officials and advocates.  While completing this form, I have been reminded of how many wonderful people have enriched by life.  Numerous people have been responsible for my opportunities and successes and I thank my ‘nominator’ for allowing me this opportunity to reflect on my life’s work.”