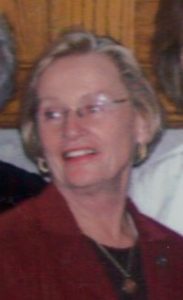 Judith A. Dore attended Mass Bay and Mt. Ida Colleges.  For the past 30 years she has promoted physical and emotional wellness through participation in the Newton Women’s Twi Light League in Volleyball, Softball, Basketball and Flag Football.  She has implemented both Lassie and Fillies Softball Leagues for girls in grades 4-9, as well as Senior Games for Volleyball, Dance, Bowling and Bocce.  Judith also developed a course in Basic Fresh Water Fishing for Women Only for which she received the Newton Workshop Volunteer of the Year from the Commonwealth of MA, Division of Fisheries & Wildlife in 1990.

Judith’s contributions are many and very diverse.  As an official, Judith is certified in Softball, Volleyball, and Basketball.  She has promoted Baton Twirling for High School Girls, developed a halftime show for the Newton North Football games, and started a Cheerleading Clinic “Spirit” for high school girls.  In Volleyball, she organized Women’s Tournaments and Mother/Daughter Jamborees.  Judith advocated for programs in tennis with Tennis for Tots and lessons for 5th and 6th graders.

From 1992 to the present, Judith has participated and excelled in many activities with the Massachusetts Senior Games.  She won the Gold Medal for Candlepin Bowling in 1992 and 1994. She participated in volleyball from 1996-2006, winning the Gold Medal six times.  She also was on the Dance Team in 2002 and 2004.  In 1995 Judith’s volleyball team won the NWTLL B League Championship.

“My love, involvement and recruitment for innovative passive and active opportunities for girls and women will continue to be my main focus for years to come.”