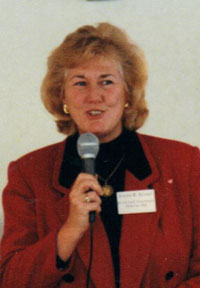 Judith is the administrator for the Newton Smash Junior Olympic Volleyball Team, a team of 180 girls.  She is also a volleyball official and a recreation leader.

Since 1979, Judith has been involved in WomanSport as a volleyball player, then an official, and now as a coach and official.

Her post-season and championship play have included: Director of the Massachusetts Interscholastic Athletic Association Volleyball Tournament, South Sectional, Division I and Division II for girls from 1987 to the present, and the MIAA State volleyball director for boys, 1990 to the present.