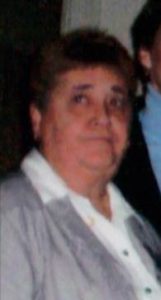 Judith is currently Director of Athletics at Mark T. Sheehan High School, Wallingford, Connecticut.  She has coached field hockey, softball, and basketball at the interscholastic, collegiate and recreation levels.  She has been involved in officiating field hockey, softball, and basketball.  As an advocate, she worked to get equal pay for women coaches in the seventies and also worked to bring the girls’ athletic program in Wallingford to the same level as the boys’.  As an athletic director, she feels that it is her responsibility to ensure that all student-athletes are treated equally.  In her many roles as teacher-coach-official-administrator, Judith has been an active and strong advocate for women’s sport.