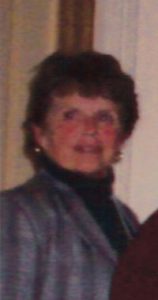 Julie’s career in girls and women’s sports has many facets. She has served as an athletic director for 17 years and a physical education teacher for 42 years. Her coaching has included varsity field hockey for the Wheeler School in Providence.

For 27 years, she was the head varsity coach and 22 of those years were spent at the Wheeler School in Providence. She has also served as a USFHA field hockey official for 20 years in the college and high school games. She was instrumental in having girls field hockey classified as an interscholastic sport in the late 1960’s. She was the goalkeeper coach for Camp Mistlestowo in Maine, New Hampshire and Vermont. She directed the Vermont site from 1986-2000. For 5 additional years she worked with lacrosse, introducing and starting the varsity program at Greenwich Academy, CT. In 1967 Julie initiated a varsity lacrosse program at the Wheeler School and was coach for 9 years. She officiated lacrosse for 20 years. Julie has also been involved with girls’ soccer.

Her win/loss record is not available, but she does know that she never had a losing season as head coach during her 27 years as head coach in field hockey and 29 years in lacrosse.

The Northeast Field Hockey Association has recognized Julie’s contributions for field hockey. She was recognized as Coach of the Year by the Rhode Island Interscholastic League in 1989 and the Athletic Director of the Year in 1989. The Rhode Island Basketball Officials Board presented her with the Service Award. Additionally, the Wheeler School established the Field Hockey Sportsmanship Award which is given annually in her name.

“To satisfy my competitive nature, I participate in time-trial races in the Rhode Island and US Senior Olympic Games. I’m learning. I will continue to give back to the young ladies in our church teen group and to initiate and instill love for the art of field hockey goalkeeping.”