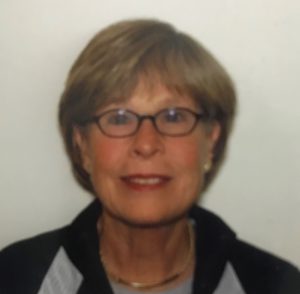 Karen graduated from U MA Amherst with a Health and Physical Education degree in 1967. She continued her education through Cambridge College earning a  Masters degree + 60 in Education. Karen has had a varied and diverse professional career and  has served students in the Wellesley school system since 1967, first at the high school level(1967-1975), then at the middle school level (1977-1990) and currently at the elementary school level (1990-present).

While at Wellesley High School she coached field hockey, gymnastics and tennis. Her goal at the elementary level has been to develop an understanding of the need to be fit and to expose each child to movement skills and sports skills so that they will be able to choose what they like best. In so doing, she has created activities that involve game play using all the skills needed to play a “real” game without anyone standing still.

“It was important to me for all students to be on an equal playing field while playing with classmates who participate in sports outside of school.”

In addition she has served as the vice president and then president of the Boston Board of Officials in volleyball.

She volunteers and has volunteered at many gymnastics events:

In 2002 she worked toward developing the new exercise technology field by creating activities and ways to assess students’ skill progress and wrote a curriculum for a national company. She currently participates in Jump Rope for heart events every other year and has done so since 1995.Karen presented at the Massachusetts Association of Health, Physical Education, Recreation and Dance Association Convention on the topics of rollerblading, “Jump, Jump, Jump”, and field day organization.