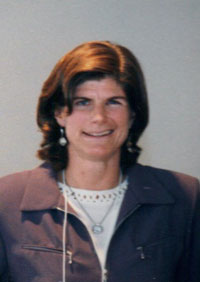 Karen has been a professional triathlete for fifteen years.  During that time, she has won three world championships – 1990, 1995 (Olympic distance), and 1996 (long distance), and in 1995 she won the Ironman World Championship in Hawaii.  Karen is self-coached and, as a volunteer, has coached other triathletes.

As a mentor and advocate of WomenSport, Karen is a volunteer speaker at schools to promote the interest of young people in sports and general fitness.  She also writes a monthly column for the industry magazine, Inside Triathlon.

She is a member of the USA Triathlons Athletes Advisory Committee – the board that makes decisions regarding pro-athletes.  She is also a member of the U. S. Olympic Committee Athletes Advisory Committee as a representative of the sport of triathlon and on the U.S.O.C. Anti-doping committee.  She has served as Vice-Chair of the “Swim Against the Tide” (breast cancer fund raiser), and as a volunteer coach for Team Survivor, a group of cancer survivors who participate in the Danskin All-Women’s Triathlon.

As an advocate for WomenSport, Karen tries to be a positive role model for women in sport.  She has never, during her 15 years of triathlon participation, dropped out of a race.  During her recent pregnancy, Karen wrote about training through pregnancy.  She delivered her first child on May 1, 1998, and plans to write about returning to competition post-partum and while breast feeding.  She competed in the Goodwill Games Triathlon at three months post-partum and had to nurse her daughter before and after the race.