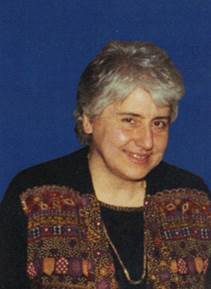 From 1963 when she graduated from Springfield College until she retired from Sharon, MA, High School, Katharina Decas spent 39 years as a teacher and 37 years as a coach.

Coach Decas started the field hockey program at Sharon High School in 1963, where she measured and lined the fields herself. Some of these years she coached both the varsity and junior varsity teams.  It developed into a very popular sport at Sharon.  She also developed the basketball program at Sharon High School, which had been totally neglected with girls practicing on their own with no coaching and very little gym time.  She had to struggle for any gym time and then for equal gym time with the boys – and for a very small salary.  In 8 years, the girls’ basketball program at Sharon became successful and the team qualified for tournament play 6 of 8 years with 2 Hockomock Titles.  The struggle for support continued and Katharina, exhausted emotionally and physically, left the team with a new coach who led the team to their third Hockomock Title.  One of her games against rival Foxboro for the league title drew over 500 people – the largest crowd for a girls’ basketball game at that time.

One of the many fundraisers for the girls’ team (prior to Title IX and equal funding with the boys’ team) was a basketball game with the traveling Red Heads team playing the men’s faculty.  The game was a sell-out with standing room only and a huge success for the program – all through the efforts of the Girls’ Varsity Club and their advisor, Coach Decas.  The money bought equipment, jackets, letters, and trophies, and helped with the costs of playdays and intramurals.

In 2002, Katharina was recognized at Faneuil Hall in Boston during the Girls and Women in Sports Day Celebration.  After the ceremony, she was interviewed by Pam Cross of Channel 5 on the benefits of women’s sports in developing confidence and positive self-esteem.  The interview aired that night and was a great success.  One of Coach Decas’ former students dedicated her PhD thesis to her on the topic of developing confidence and positive self-esteem through sports.