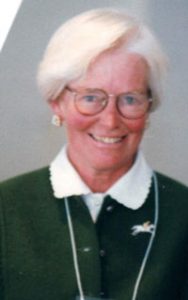 Kathleen has worked with “some exceptionally talented athletes … and is proud to have remained in contact with them after they have become successful professionals.”  Many of her players have gone on to play field hockey or basketball at the collegiate level.  A highlight of her career was traveling to Holland with her field hockey team for two weeks of playing, touring, sightseeing, and networking.