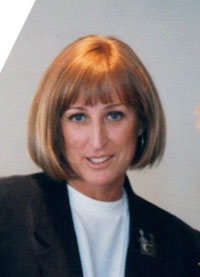 Kathy is a graduate of Bridgewater State College.  After receiving her degree in physical education, she taught and coached at Westwood (MA) High School for eleven years.  She then moved to Harvard University where she has been head coach of women’s basketball for 17 years.

During her coaching tenure at Westwood High School, Kathy’s basketball teams had a lifetime record of 204-31 and earned many titles.  Her swimming teams were undefeated in 7 years.

Many honors and recognitions have been presented to Kathy.  They include: the first woman inducted into the Massachusetts Basketball Coaches’ Association Hall of Fame; the Converse Division I Coach of the Year, nominee for the New England Women’s Leadership Award; Westwood High School Hall of Fame; and the Women Basketball Coaches’ Association 400 Victory Club Award.  The Newton TAB presented her with the People of the Year Award.