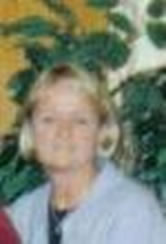 During the 1970’s and 1980’s, Kathleen officiated high school basketball, field hockey, and high school and college lacrosse.  During those years, she also worked with the Connecticut high school coaches committees, including: development of the drug and alcohol/eligibility guidelines for West Hartford athletics, the Connecticut High School Coaches Association, the 2002 Nation Convention Committee; NFHCA Field Hockey All-American committee, Mid-Atlantic Region (CT and NJ); and the Connecticut All-State Committee; the National Futures field  hockey coach; and she was a founding member of the Connecticut Field Hockey Hall of Fame.  She is still active in lacrosse, serving on the All-State Committee and the Lacrosse Tournament Committee.  Kathy has also worked numerous summer camps: the UConn basketball and softball camps, the Poconos Basketball camps, the Nutmeg CT State Games as a field hockey coach, and the Futures field hockey coach.

As an advocate for sport equity for women, Kathy has played many roles.  In 1975 she was the assistant basketball coach at URI.  While teaching physical education at Hall High School she established the first girls’ volleyball team and made the finals in 1977.  Other accomplishments include: field hockey16 seasons as assistant and varsity coach from 1996 to the present.  Each year her teams made the quarter finals and posted a cumulative record of 54-25-21.  In basketball, she was assistant coach for two years and varsity coach from 1976-1983.  In 1976-1977, her team was the runner-up for the state championship with a record of 112-31.  She served as softball coach for 6 seasons with a win/loss record of 53-63.  Her teams made tournament play for 3 seasons.  Kathy developed and built the girls’ lacrosse at Hall High School.  She coached lacrosse for eight seasons and posted a record of 47-37-7.  Her teams earned spots in tournament play eight seasons.  Her golf teams have posted a win/loss record of 94-99.

“I am truly honored by this nomination.  I have attended this celebration many times as many of my mentors, teammates, and colleagues have been honored by New Agenda: Northeast.
By filling out this form, it has reminded me of my purpose and passion for teaching and coaching.  Looking back to the early years of coaching at 22-years old, made me smile and cry!

As a 1971 graduate of Middletown High School, we were pre-organized sports.  But think of the women who volunteered, coached, taught, planned play days, and drove the bus so we could play!  My coaches and professors worked hard, fought the battle, and won to give so many young women the opportunity to compete, lead, and develop the skills we needed to be advocates for girls and sports, on and off the field.”