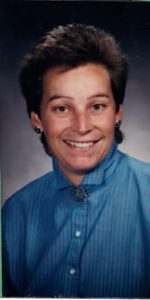 Laney is a science teacher in the Easton (Massachusetts) Public Schools and has been active in coaching basketball and softball.
Laney, the current president of the Massachusetts Basketball Coaches Association is the first woman to serve in that position.  From 1981 through 1991 she was a member of the Executive Board of the Association.

As a coach in the Hockomock League, she has amassed a record of 243 wins and 84 losses.  Her teams have won six league championships and have qualified for the state tournament fourteen consecutive years, reaching the finals three times.

In 1981 she received the MBCA “Coach of the Year” award and was recognized by the Association in 1990 for her 200 victories.  Dedham High School has recognized her as their greatest female athlete.