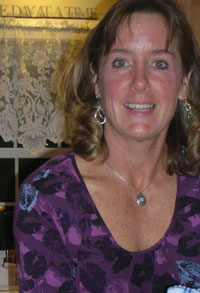 Since 1974 Laurie has been teaching sports to girls as a recreation director, a YMCA director, or a coach. She has spent hundreds of hours volunteering as a coach or official for girls’ basketball and soccer teams as well as being a paid basketball official and camp instructor.

As Program Director and Associate Executive Director of the Old Town – Orono, YMCA, Laurie has developed numerous programs for girls and women aged 2 ½ to 92 to further participation in fitness and sports programs. At one point there were 4 age-level leagues (from midgets to adults) that involved 30 teams, 50 volunteer coaches and approximately 350 basketball players (half of whom were girls and women). In 1984 Laurie received the “Outstanding Service Award for Professional Directors in YMCAs in Maine”.

One of her “pretty cool” success stories is that one of the girls she coached at Old Town has gone on to become a successful coach herself in the Sanford School Department.