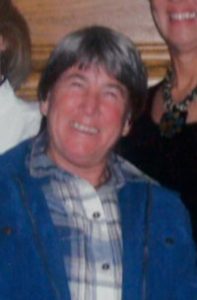 Softball, Basketball and Field Hockey were the sports Laurie Hill coached at Mansfield High School for 19 plus years.  At present she is involved in golf, volunteering at the Boston 5 and the LPGA tournaments.

During her leadership as an Assistant Field Hockey Coach, Laurie’s teams have qualified for the post season tournament play for 21 years, winning four league championships.

Her affiliations include the South Suburban Board of Officials in Basketball, the Amateur Association of Softball (A.S.A.) of Massachusetts, and a Board Member of the Mansfield Park and Recreation Commission for six years.  She was a volunteer for the Massachusetts Bay State Games from 1988 to 2000.

“Anything I can do to help girls and women in sports advance I will do.”