Leah, currently a free-lance sportscaster who is the show host for the Boston Celtics pregame show on Fox Spring New England, has been involved in WomanSport since her high school days.
Leah was a three-sport athlete at Enrico Fermi High School in Enfield, CT, where she received many accolades for her athletic achievements – elected the most athletic by her peers, and received the athletic achievement award her senior year.  During her high school career she played field hockey, basketball ice hockey, and softball.

Many honors have been bestowed upon Leah Secondo.  Enrico Fermi High School has inducted her as a distinguished alumnus (1989) and Enfield, CT, inducted her into the town Hall of Fame (1996).  Her career in sports broadcasting began in 1984 when she was named a sports reporter at WGGB, Springfield, MA.  In 1990, she became the first female sportscaster in CT when she began broadcasting from WTNH, New Haven.

In 1992, she became a freelance sports broadcaster and her latest involvement in sports broadcasting includes:  Florida Gater Women’s Basketball, Sunshine Network; Radio/TV color analysis of UConn women’s basketball for WTIC.AM and CPTB; pregame show host for the Boston Celtics on Fox Sports New England when she became the first woman to do a color analysis of the game.  Leah also does a weekly show focusing on women’s sports in Saratoga, Florida, Women’s Sports This Week.

Leah also umpires, officiates, does public speaking at area schools and career days, directs a softball fund raiser game each year since 1992 where the money raised goes to various girls’ sport organizations in Connecticut, and she writes a weekly column for the Bradenton, FL, Herald.

The award recognizes an individual, team or organization that has made a significant and positive impact on the state’s sports landscape.

A pioneer in Connecticut women’s sports, both on and off the field, will be honored with the President’s Award from the Connecticut Sports Writers’ Alliance at the prestigious Gold Key Dinner.

Leah Secondo, a 1980 graduate of Enrico Fermi High School in Enfield, was selected for the award based on her numerous groundbreaking accomplishments, first as an athlete, then in the field of sports media.

Secondo first made her mark in the previously-untapped world of girls ice hockey in the 1970s, as a member of a team called the Enfield Eagles, which won several championships in western Massachusetts leagues before disbanding. She went on to become a rare three-sport All-CCIL performer in field hockey, basketball and softball at Fermi.

She studied communication and journalism at Southern Connecticut State University, and upon graduation was hired by the late Bo Kolinsky to work at the Hartford Courant. She also began a broadcasting career in 1984 at WGGB-TV 40 in Springfield, Mass., becoming the first woman sportscaster hired at any western Massachusetts television station. In 1990, history repeated itself in Connecticut, when she became the state’s first female sportscaster at WTNH-TV 8 in New Haven.

When UConn women’s basketball exploded onto the national scene with its first undefeated national championship season in 1994-95, Secondo served as color analyst. Two years later, she again made history when she became the first woman to host an NBA pre- or post-game show for the Boston Celtics on Fox Sports New England, for which she was a finalist for a Boston/New England Emmy award.

Secondo moved to Florida in 2000, earning a Florida Associated Press Award in 2007 for “Football Friday Night,” and continues her 34-year broadcasting career with work all over the country. Recent high-profile assignments have included the NCAA field hockey championships and the ACC lacrosse championships. 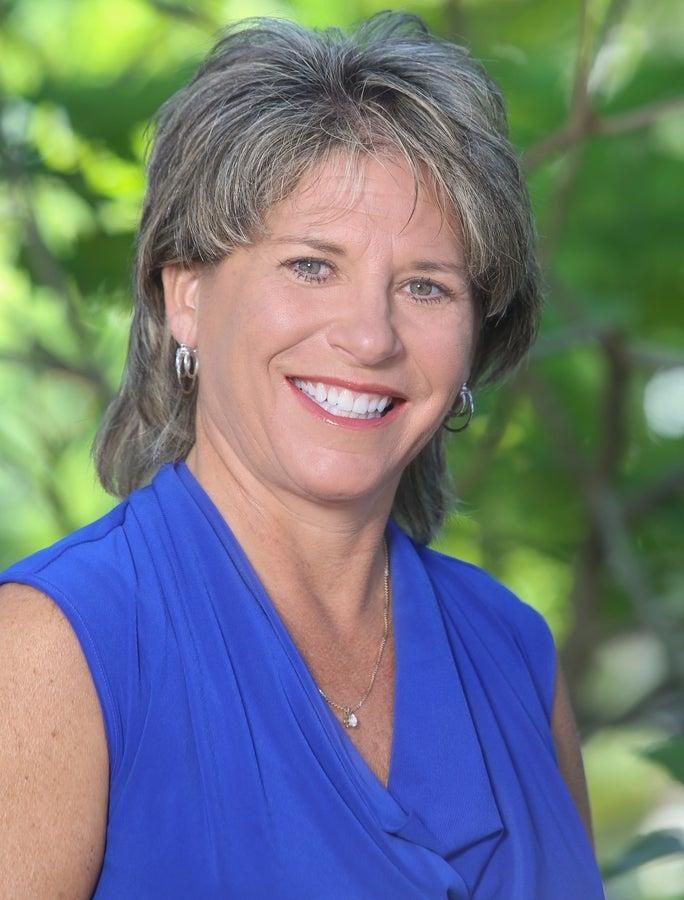