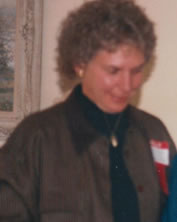 She has been affiliated with the Massachusetts South Sectional Field Hockey Association, the Massachusetts State Field Hockey Coaches Association, the Bay State Games, and the Special Olympics.  She has also served as president of the Field Hockey Coaches’ Association.  Under her leadership, many sport programs were initiated, including summer leagues, coaches’ clinics, senior all-star games, and sportsmanship and scholarship awards.  Leda is also certified as both an ASA Fast Pitch and Slow Pitch Official.  In 1976, she served on the committee for the equalization of coaching salaries at Holbrook High School.

Her teams have participated in numerous league tournaments and post season play, including, in Field Hockey: South Shore League Champions and South Sectional Finalists, 1977; South Sectional Finalists, 1987; Hockomock League Champions, 1992, 1993; and her teams at Mansfield High School have participated in 11 out of 14 seasons in MIAA Tournament play from 1981-1994.  Her 1983 Basketball team qualified for MIAA tournament play.