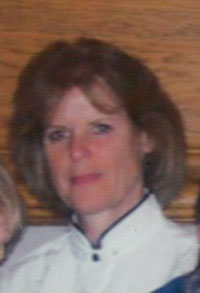 Lee Ellen Chontos has worked for the State of Connecticut in the Department of Mental Retardation for over 31 years.  The flexibility of her schedule allowed her to pursue her desire to officiate.  She became a certified official in field hockey, basketball, softball and lacrosse and officiated year round through the bulk of the 1980’s.

With increasing professional responsibilities for the State of Connecticut Lee Ellen opted to focus on officiating field hockey.  Currently she is a National Field Hockey Official Emeritus.  She has officiated field hockey for over 31 years and continues to officiate college and high school games.

Her affiliations include serving on the Connecticut Interscholastic Athletic Committee, the Connecticut College Board, the Ivy League and the Big East.  She has officiated hockey in the ECAC, NAC, Atlantic 10, Patriot League, Big Eat, American East (College), CIAC, Private School (High School), and NSPSAC.  She is a member of the Connecticut Field Hockey Hall of Fame and has been named Official of the Year in field hockey.

Throughout Lee Ellen’s Active Division I/National Career she has frequently provided services as a clinician/rater to train new officials.  She has assisted with preseason college play days and has also volunteered for many years as an official for the Bay State Games (MA) and the Nutmeg Games (CT).  Truly Lee Ellen Chontos has been a special contributor to women’s sports as a dedicated official who has demonstrated both excellence and commitment.