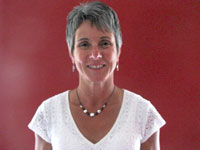 A graduate of Salem State College, Lisa spent years teaching physical education and coaching in the Wakefield and Billerica Public School systems.  Lisa also served as a volunteer coach in the Methuen youth softball program.  In 1990, she became the athletic director at the Academy of Notre Dame, Tyngsboro, MA.  From 1990 to 1996 she also served as head coach for volleyball and softball at NDA, where her teams earned sectional championships and state semi-finalists recognition.

In 2000, Lisa received the Friends of Notre Dame Academy (FONDA) Award for 10 years of dedicated service to the athletes at the Academy.  In 2005 she received the Massachusetts Women in Athletics Distinguished Service Award.

As a 1979 high school graduate, Lisa considers herself lucky to have been given the opportunity to play organized sports.  She admires the pioneer women sports advocates who fought for girls to have equal opportunities in sports and throughout her career she has continually looked for ways in which she could promote equality and participation in sports for girls.

Among her efforts as an advocate for girls’ sports, Lisa encouraged one of her volleyball players to submit a rule change after the 2004 season that limited boys’ play at the net to make the game equal when boys were on a team with girls.  This change was adopted by the MIAA and is still in place today.  Lisa is also on a continuous drive to get MIAA to create a fourth division in state competition for softball as it has with baseball.  This is an ongoing effort for equalization of opportunity within Massachusetts high school sports.

“The greatest satisfaction I have is not in the success of any girls’ particular athletic accomplishments, but it is within their increased self-esteem, self-confidence and new fondness for living an active lifestyle.  This is what I enjoy most.”