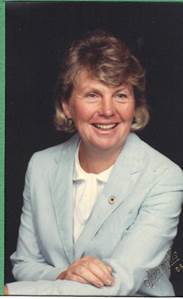 Lisette, the Director of Health and Physical Education in the Walpole, MA, Public Schools, has been actively involved in the coaching of field hockey and with field hockey and lacrosse officiating.  Her teams were field hockey champs in the Bay State League from 1985 to 1988, and runners-up in the state tournament for four years.

Lisette is the director of the Cape Cod Field Hockey and Lacrosse Camp and is the U.S. delegate to the International Federation of Women’s Lacrosse Federation.