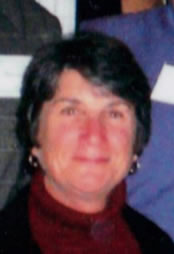 In 1968, Joan started a girls’ athletic program and coached basketball, field hockey and softball in the Peabody Public Schools.  In 1997, she started a girls’ tennis team and that same year became a basketball and field hockey official.  She is still officiating.  In 2000, she began a girls’ lacrosse program, serving as coach, a position she still holds.

In 1976, Lorraine “was successful in my efforts to achieve equal pay for female coaches in the Peabody system by bringing them to court.”

Lorraine has been affiliated with the Greater Boston League, the United States Field Hockey Association Board of Officials, the North Shore Board of Basketball Officials, and the United States Women’s Lacrosse Board of Officials.
Lorraine’s field hockey teams have a 245-207-83 record, softball teams have a 296-174 record, and her tennis teams have a 93-54 record.  In 1972, 1984, 1995, 1996, and 2002-2004, her field hockey teams participated in post season play.  They were State quarter-finalists in 1980 and 1984, and North Section Semi-finalists in 1979.

In 2001, Lorraine was recognized by the New Agenda- Northeast and the MIAA with the Unsung Hero Award for her contributions to female athletes.