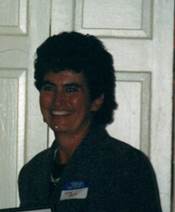 She is a member of the US Field Hockey Association, the Women’s Sports Foundation, AAUP, and the National Federation of High School Sports Officials.  She is also a supporter of the UVM women’s basketball program.  Since 1982, Lynn has been the assigner for Vermont college field hockey.  A member of the Vermont Principal’s Association, she will serve this current year (2001)as their representative on the High School Equity Committee.

Lynn holds a national rating in field hockey and umpires both high school and collegiate competitions.  She has also held a rating in lacrosse.

Her advocacy activities include serving on the Vermont Women’s Sport Foundation committee to recognize female high school athletes, and as the advisor to the Vermont Principal’s Association.

In recognition of her achievements in women’s sport, she has been named the Vermont Umpire of the Year four times and received the Susan B. Anthony Award in 1996.

Lynne states: “It is clear to me that my professional work as a Vermont gender equity advocate and a high school guidance counselor has been enriched and strengthened by my life-long affiliation with athletics.  In particular, coming of age with the passage of Title IX opened doors (and my eyes) that won’t close again.  My avocation as a field hockey umpire and mentor is one way to give back to the world of women’s sports and a way I choose to be a visible role model for young women – and their moms.”