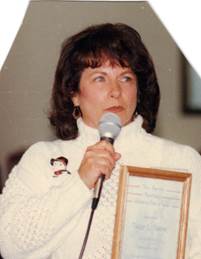 Margo is a member of MAHPERD, DTA, and MTA.  She is a physical education teacher at Danvers High School where, until recently she coached gymnastics.  He is also a field hockey official.
She is affiliated with: the Northeast Conference as a coach, with the MIAA, the Boston Field Hockey Association, USFHA, and MSFHA.  She is also a member of the Board of Directors for the Georgetown Figure Skating Club.