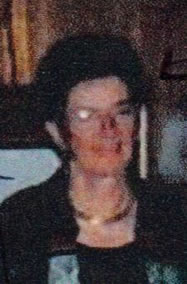 From 1977-1987, Marilyn was Director of Physical Education in the Cohasset Public Schools.  Prior to her retirement in 1997, she taught physical education for 33 years.  She served as the Vice President for Physical Education with the Massachusetts Association for Health, Physical Education, Recreation and Dance and, in 1987, was presented the MAHPERD Honor Award.

Marilyn has been a field hockey official since 1970.  For 8 years she was area coordinator for the South Shore Officials before moving to Cape Cod.  She is currently commissioner, assigning officials for varsity, junior varsity and freshman games for twenty-seven schools in three leagues plus the Cape Cod Independent Schools.  In 1981, Marilyn was assigner for the MIAA South Sectional Tournament.  She has officiated MIAA State Tournaments each year as well as for the Bay State Games, Cape Cod Classic, Super Sophs, indoor leagues at the Plymouth Dome and MSSFHA Summer League.  In addition to all of this, she has worked the Futures Program at Boston University and the Massachusetts Institute of Technology.  For six summers from 1993-2002, Marilyn has worked at the Sea Side Camp, training new officials.  She has held a local rating since 1970.

From 1965-1970, Marilyn coached her softball team and field hockey team to win the Tri-Valley League Championships.  Her involvement in post-season play has included officiating at the MIAA South Section Tournament for over 20 years and officiating at semifinal and final games for both the South Sectionals and State Semifinals at Boston University and Worcester Polytechnic Institute.

Marilyn has been named the Basketball Coach of the Year by Medway High School.  She has also participated in many road races, earning first place in the Herring Run 5-mile in 1983 (over 40 class) and first place in the Cape Cod Bloom Run in 1993 (over 50 class).

Her most recent professional involvement is as a personal coach for a 70-year-old woman who runs in the National Senior Olympics and the Boston Marathon.