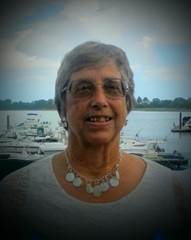 Marge Smith graduated from UMass/Amherst with a BS in Physical Education in 1967.  She received her Masters Degree from Springfield College in 1973 and has completed leadership courses in education at Bridgewater State College from 1987-1989.

Marge taught physical education and served as a gymnastics coach at Braintree High School from 1967-1987.  She was also a gymnastics judge.  In 2002 she became the Director of Physical Education for the Braintree Public Schools.  She served as an adjunct professor at UMass/Boston from 2005-2006.  From 1967-1988 Marge held a Class II and III rating as a gymnastics official and ran many state championship meets.

Serving on as well as heading committees has always been an important way to advocate for girls and women’s sports.  She served as secretary of the Mass. Girls’ Gymnastics Coaches Association, was the first Boston Board Chairperson for gymnastics (1969-1971), and was President of the Mass. Girls’ Gymnastics Association for 2 terms.  She also served as Education Director for Mass. Association of Women’s Gymnastic Judges (1982-1984) and President of MAHPERD (2000-2002).

Coach Smith’s career in gymnastics has earned her many awards and honors.  Her high school gymnastics coaching record stands at 100 wins and 14 losses, which includes 8 Bay State League Championships and 2 state championships (1974, 1975).  While coaching at Bridgewater State College her teams placed second in the NCAA Div. III New England Championships in 1983.  She was named the MA Girls’ Gymnastics Coaches’ Association Coach of the Year in 1978, the Boston Globe Coach of the Year in 1978, NHSGA Coach of the Year District I winner in 1980, and received  the Bridgewater Physical Education Alumni Association Women’s Institute Award in 1990.

Marge was inducted into the Braintree High School Athletic Hall of Fame as a coach in 1999.  She was presented with the Joseph McKenney Award by MAHPERD in 2009.  In June, 2010, she received the Distinguished Service Award from the National High School Athletic Coaches’ Association.

“One of my proudest moments was after Title IX passed and our high school boys and girls gymnastics team won back to back state championships I went to our athletic director to demand equal pay.  At that time, gymnastics was considered an ‘intramural sport on the pay scale’.  The result was that the coaches formed a committee and all boys’ and girls’ sports were then put on more equal status – a huge pay increase for girls’ coaches.  The downside was more men started to apply for the girls’ positions because the pay was increased.  We were fortunate to have an A.D. (Fred Herget) who was very supportive.  I am proud I was the catalyst for the change.”