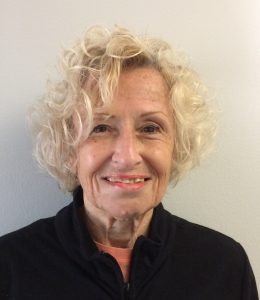 Mary has been an advocate for girls for fifty years. As a young mother of three sons and an athlete she eagerly volunteered to assist in the implementation and promotion of the Newton Women’s Softball League, She helped form their rules and regulations, volunteered to recruit, manage, coach and play on the city’s team for ten years. She also coached in a city-wide girls’ youth league.

“During these experiences I was inspired and motivated by many female umpires and soon sought out an umpiring clinic. I was certified as a softball official in 1972 by the Boston Board of Officials.”

Mary’s professional career began as an umpire for  local recreation and school leagues. Her diligence, integrity and competence as an umpire led to working high school tournaments and sometimes being assigned to state final competitions. College officiating soon followed.

In 1982 Mary was appointed chairperson of the Boston Board’s Softball Committee and also umpired for the Metro Boston Amateur Softball Association.To further her knowledge, she applied and was accepted to an intensive national training clinic; later, she served as a sports chair and interpreter for this committee for a 19 year span. Throughout the 1980’s she became an assigner for multiple leagues at the varsity and sub-varsity levels. She was a member of the MIAA softball rules and procedure committee for ten years and was instrumental in implementing a “mercy rule” that is still in effect. She has also been an advocate for equal pay for female umpires. In addition, she was recruited to organize the newly formed softball state college board of officials.

Shortly after her increasing involvement in softball umpiring, Mary added volleyball officiating to her repertoire and then basketball. She officiated both sports for many years and served as an assigner as well.

Mary is no longer actively officiating but continues to be a resource by serving on different boards and committees.