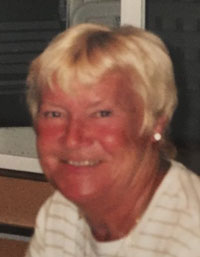 Mary Jane’s coaching career began in 1953 when she began coaching at Medfield High School, Somerset High School, and then Bishop Connolly High School where she coached for nineteen years and served as athletic director for 15 years.

Her coaching career began in 1953 when she assumed responsibility as head coach of the Catherine Laboure team in the Boston Park Department League.  She coached at Bishop Connolly High School for 16 years – cross country and cheerleading.  For eleven years she coached at Medfield High School.  Her involvement with sport began 53 years ago when, at the age of eleven, she began playing competitive sports.

League affiliations include the Tri-Valley League until 1969 and the Southeastern Massachusetts Conference (not the Eastern Athletic Conference) until her retirement in 1999.  From 1970-1996 she was a member of the American Softball Association.  She has held membership in the Boston Field Hockey Association and the Rhode Island Field Hockey Association from 1962-1971.
Mary Jane’s extensive support of women’s sports includes membership on the Boston Board of Officials where she served as president for two terms, and vice president, secretary, and chair of the basketball and softball committees.  She has also been a member of the Massachusetts Division for Girls and Women’s Sport.  Mary Jane has also worked extensively with the Massachusetts Interscholastic Athletic Association and served on many of its committees, including the Game Officials Committee, Basketball Committee, Softball Committee, and Ice Hockey Committee.

She has also been extensively involved as an official: Basketball, National Collegiate Tournament for 10 years, Northwest Regional Championships; the State High School Tournament at the divisional level.  She has officiated the State High School softball tournament.  She was the first woman to officiate at the State Men’s Individual and Men’s State Major Slow Pitch Softball Tournament. Mary Jane has also officiated field hockey at the district and state semifinals and collegiate regional tournaments.

Mary Jane has been named the Softball Coach of the Year by the SMC; named an Honorary Life Member of the Boston Board of Officials, received the Bellarmine Award (a Jesuit recognition citation), and the ASA State Achievement Award.