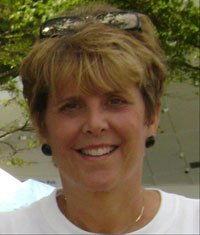 Mary “Mamie” Reardon is currently a physical education teacher at Melrose Veterans Memorial High School and varsity field hockey coach at Lynnfield High School.  She has been in these positions since 1979 and 1982 respectfully.  She has also coached spring track, and field hockey at Melrose during her career.

Since her graduation from the University of New Hampshire, Mamie has been an advocate for girls’ sports.  Coaching all three levels in field hockey and serving as both head and assistant coach for track and field, she has influenced girls of all ages through athletics. Within both the Cape Ann League and the Middlesex League, Mamie is well respected as an individual and as a coach.

Mamie was inducted into the inaugural (1995) Melrose HS Athletic Hall of Fame.  She has been named Coach of the Year five times and was Massachusetts Division II Coach of the Year in 2000.  In 1994 and 2000, she received the Cape Ann League “Sportsmanship Award”.