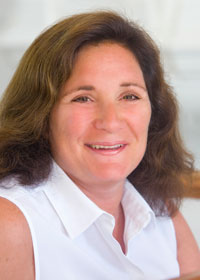 Successful programs can be measured in wins and losses, but Mimi Duran measures her success through the 29 former players participating on collegiate teams and 8 former players who are in the coaching profession. Mimi has coached field hockey, softball, and basketball since 1988.

In her field hockey career, she coached at the high school varsity level and then was selected to coach in the USFHA Futures Program. Mimi also coached teams at the USFHA Field Hockey Festival and in the Nutmeg (CT) State Games. Her coaching opportunities continued worldwide as she chaperoned 3 teams through Europe playing field hockey. This summer, 2011, she coached in the World Scholar-Athlete Games.

Mimi Duran is the founder (1994) and a coach in the Foothills Field Hockey League for players aged 5-13.

Besides the 6 Berkshire league Championships, Mimi has received recognition as the CHSCA Outstanding Coach of Field Hockey and Small School Coach of the Year. She also was honored with the Berkshire League Sportsmanship Award.