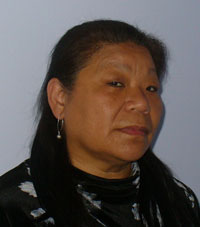 Mary is currently the women’s head volleyball coach at Lasell College where she has been since 1997.  She is the Massachusetts Senior Games event manager for women’s volleyball (since 2009), a regional USA volleyball official, and head women’s coach NACIVT for the MA Chinese National Travel Team.  She is affiliated with the Newton Twilight League, the Boston Hurricane Volleyball Club, and the Beantown Junior Olympic Volleyball Club.

Mary has been named the NAC Conference Coach of the Year five times.  She coached her Lasell teams to over 200 collegiate volleyball wins.  As a competitor, she has won silver (Houston, 2011), bronze (Cleveland, 2013) and gold (Minneapolis, 2015) medals at the National Senior Games.

She is also an advocate for the senior ladies competing at the national level – recruiting players and building numbers from 5 teams to the current 11 teams. “I stress the love for the sport and being healthy and active.  The women are meeting fellow volleyball players, building comraderie, and forging bonds.  Our motto last year was ‘I would rather WEAR out than RUST out’.”

“A personal goal is to be a mentor to my players.  To see them mature in years of college is a transformation.  I stand proud and sad when I have to let them go out into the world to become the next generation’s leaders.”