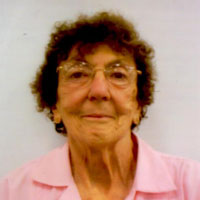 Mary has been involved with coaching for 35 years.  During that time, she coached softball for 24 years (6 years at Terryville High School and 18 years at Watertown High School).  For eleven years she was the director of the Terryville softball league.  Mary holds a national rating in basketball and officiated for eleven years during the 1960’s and 1970’s.

During her career, she was affiliated with the Naugatuck Valley League and is a member of the Connecticut Central Board of Officials.

Her team won the Naugatuck Valley Softball Championship in 1977.  Other teams have qualified numerous times for the state tournament in both softball and field hockey.