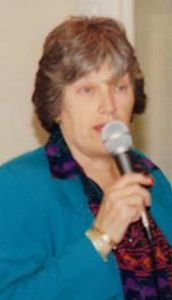 Maureen began her teaching career at Braintree High School in 1965 following her graduation from Sargent College.  During her tenure at Braintree, she has coached basketball for 11 years, field hockey for 12 years, and softball for 27 years.  She has also held officials ratings in softball, volleyball, basketball, and field hockey from 1962 to 1969, and been a member of the Boston Board of Officials and the Boston Field Hockey Association.

Maureen was named the Boston Globe Softball Coach of the Year in 1978.