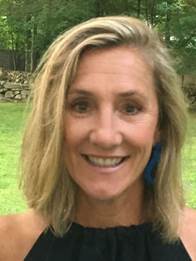 Coaching is a family vocation for Mo Minicus who followed her father into the coaching ranks.  She also has taken his philosophy and teaches her players through “positive criticism” – not telling them what not to do…., but always telling then what to do to be better in that situation.
A graduate of Tufts University, Mo’s coaching career began in 1990 as a graduate assistant in field hockey and lacrosse.  She then coached field hockey and lacrosse at Bowdoin College and field hockey, squash, and lacrosse at Rye Country Day in Rye, NY.  In 2000, she continued her career at Darien High School in Darien, CT.
She coached the Darien varsity field hockey team to a conference championship) in 4 years.  Coach Minicus has won 9 FCIAC Championships and 8 CT state titles.  She has been named Coach of the Year for Class “S” (2003), FCIAC Fall Season (2007), Class “M” (2008), NFHCA Mid Atlantic Area and National Coach of the Year (2010), and NFHCA Southern New England (2013).  She has been inducted into the CFHCA Hall of Fame in 2014 and the FCIAC Hall of Fame in 2016.
Mo is most proud of the environment she creates for her players.  “They feel welcome, respected, and loved.  That environment helps create the success we have had.”
Her philosophy is very simple: “I keep things in perspective, learn the talent and chemistry of my teams, and try to motivate them to be their best together.”